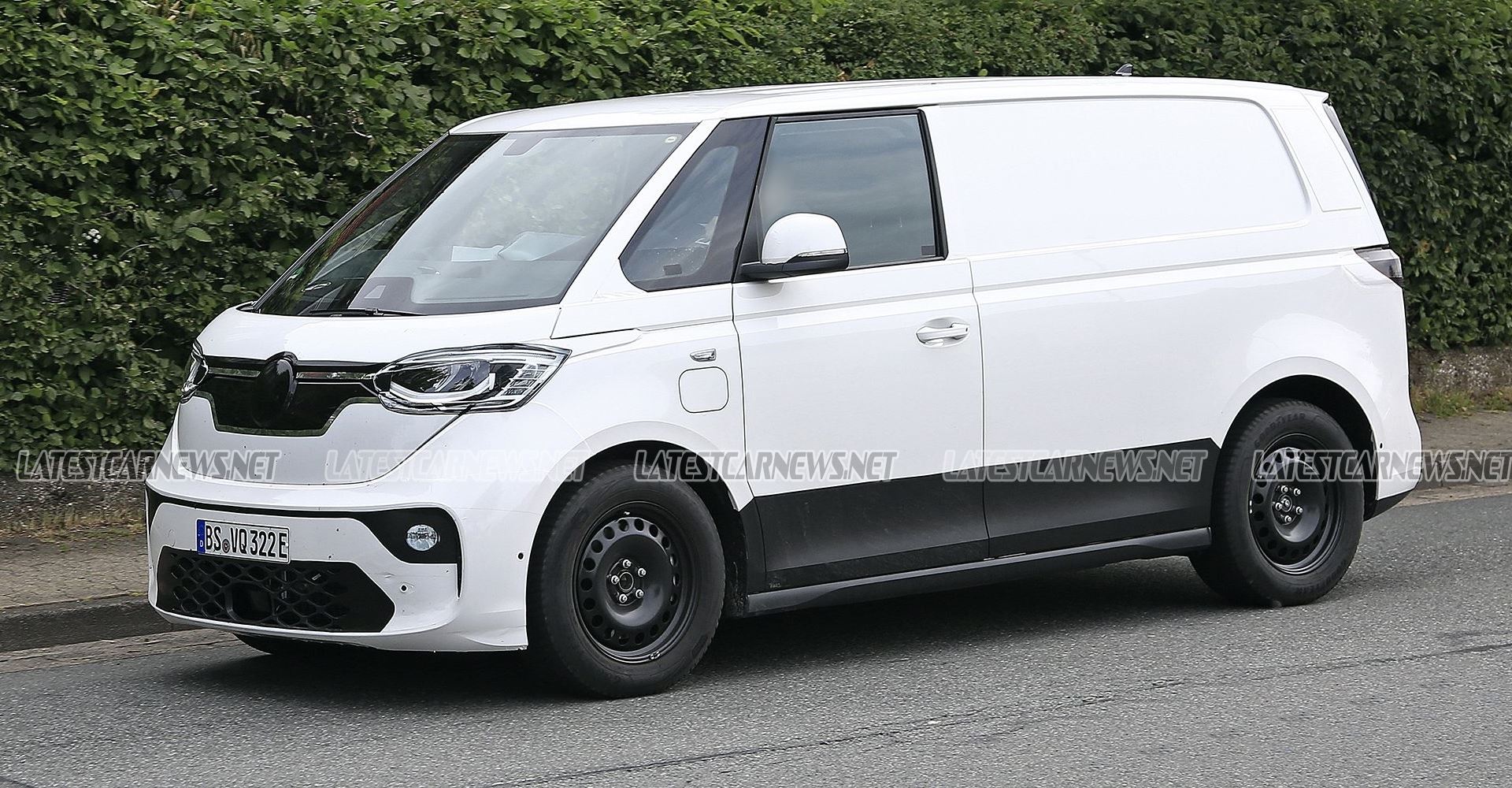 We’ve had our sights on the Volkswagen ID.Buzz for a while, but only now have the photographers succeeded in photographing the fully electric minibus with its final body. The Bulli for the age of electric cars does not have the T6 skin of earlier test vehicles, but the production body, but don’t be too early to look forward to it. In typical VW corporate fashion, the prototype hides its final appearance under clever camouflage.

It looks like VW wants to simulate a Renault look with the cladding of the front section of the ID.Buzz, with stickers on the headlights to hide the actual lights. The “fog lights” are fake and part of a front panel that almost completely covers the bumper, except the honeycomb pattern of the lower air intake.

Nevertheless, you can see that the production version remains close to the retro-heavy ID.Buzz study. Just as the new VW T7 is a very spacious Golf, the ID.Buzz, so to speak, is the bus offshoot of ID.3 and ID.4. He shares the MEB platform with them. The cockpit, already discovered in a “test mule”, also largely resembles the familiar layout.

Most of the glossy black upper grille is probably also a fake element, as this element is significantly narrower on the ID.3, ID.4, and the new ID.6 from China. The same applies to the coupe-style ID.5, which is due to be introduced later this year. The chrome strip could cover an LED light strip that creates an optical connection between the headlights, as in other models with an ID logo, and also in some vehicles with internal combustion engines.

The fully covered rear side glazing suggests it’s the cargo version of the ID.Buzz, unless it’s simply a body-colored camouflage to hide the interior.

If you take a closer look, you can see that the shape of the actual taillights extends farther than the fake stickers suggest, with the corner of the rear clusters hidden under the white bulge. By the way – these stickers on the taillights give the illusion of Opel Insignia lamps.

The outer rear pillar has some additional trim that could obscure the horizontal fins of the 2017 concept, while the inner rear pillar shows its exposed metal, suggesting that the cabin is not yet final at this stage. Despite the whole get-up, it’s pretty obvious that the production model will be very similar to the show car that was unveiled in Detroit four and a half years ago.

VW Commercial Vehicles has announced that the official premiere will take place in 2022 when the ID.Buzz is unveiled for the European market, with the US to follow in 2023. While the Euro model will also be offered in a cargo configuration and various wheelbase configurations, the North American model will only come as a passenger version with a longer wheelbase.

One and two-engine configurations with rear-wheel or all-wheel drive are expected. With the ID.4, ID.5, and ID.6 SUVs and the ID.X study, VW has already proven that the MEB platform can deliver a powerful 300 hp electric drive. Several battery packs should be available, including a large one, as the concept had a 111 kWh pack. Oliver Blume, the new CEO of the Volkswagen Group, has not only decided to postpone the launch of the SSP...