Two other manufacturers get rid of their business holdings in Russia after spending months without being able to manufacture any cars. The collapse of the automobile industry in Russia, which began in February, when the Z tanks entered Ukraine, continues to be confirmed.

The Russian motor industry is being left as a wasteland. Between March and April, the factories stopped one after the other, due to a lack of components, due to interruptions of parts due to sanctions, and cuts in transport routes. Maintaining the activity was impossible in a country that did not produce all the necessary components.

The last manufacturers to pack their bags practically definitively have been Mercedes-Benz and Ford, which, like others who have announced their departure, had already been idly for months due to the impossibility of obtaining components. Both manufacturers cease their activity altogether.

Mercedes-Benz is getting rid of even its dealer network, which will be controlled by the local distributor Avtodom. Few are left to go. Kia still has a factory in St. Petersburg, along with Hyundai, Mazda is thinking about it, Stellantis and Mitsubishi are thinking about it, and Volkswagen has not yet found a buyer for its part.

In the case of the American manufacturer, the truth is that a process that ended back in 2019 has been completed. At that time Ford announced that it was ceasing the production of passenger cars. St. Petersburg was building the Ford Focus and Mondeo, while Naberezhnye Chelny was building the Fiesta and Ecosport.

In that summer the production of passenger cars ceased. Not only that, the production of engines in another factory located in Elabuga, which is the one that has just been closed and sold, has ceased. The only model being made until the war started was the Transit van. For a time, it was the leading model of vans in Russia.

Ford had a joint venture with Sollers, 51% for the Russians and 49% for the Americans. The sale of Ford’s stake has been made for a symbolic value, 1 euro, and as has happened with other manufacturers, they have the option to return and repurchase their stake for five years.

Regarding Mercedes-Benz, its financial results are not going to be affected by this mark on its balance sheet because it had already been provisioned before. The damage to your accounting was already done. The transaction is pending the approval of the Russian authorities and the fulfillment of the contractual conditions.

A zombie car industry is running in Russia. On the one hand, there is AvtoVAZ, now controlled by the Russian authorities, which can make half-throttle cars because they have a lot of local parts content. On the other hand, there is the intention to revive the old Moskvitch from a Chinese car, surely GAC.

In the rest of the factories that Western and Japanese manufacturers have been abandoning for the moment, they have nothing to do. It could be a golden opportunity for Chinese manufacturers who decide to establish themselves in Russia under very advantageous conditions, but the demand in the Russian market is so bad that it does not seem like the best time.

If there is one thing this conflict is showing us, it is that the Russian Federation is a failed state. It is losing its main income through the export of raw materials (especially fossil fuels), its army is already fighting with methods and equipment from the Second World War (rifles, helmets, tactics…), and the last recruits are going to the front without a train, without charge, and without equipment.

Whoever decides to take advantage of this situation as a scavenger will take time for their investment to be worthwhile. Russia was a very promising market at the beginning of the last decade, but economic problems were compounded by problems as a result of the first sanctions for the annexation of Ukraine, which at least was not a bloodbath.

Western capital is packing its bags and the Russian car industry is on the bone. Ford and Mercedes-Benz have only made the inevitable official: if they cannot manufacture or import cars, there is no business, so the most sensible thing is to say goodbye with the suitcases already closed. 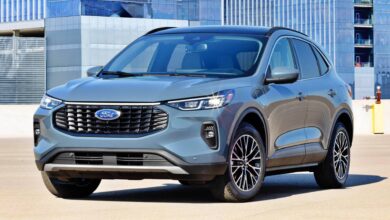